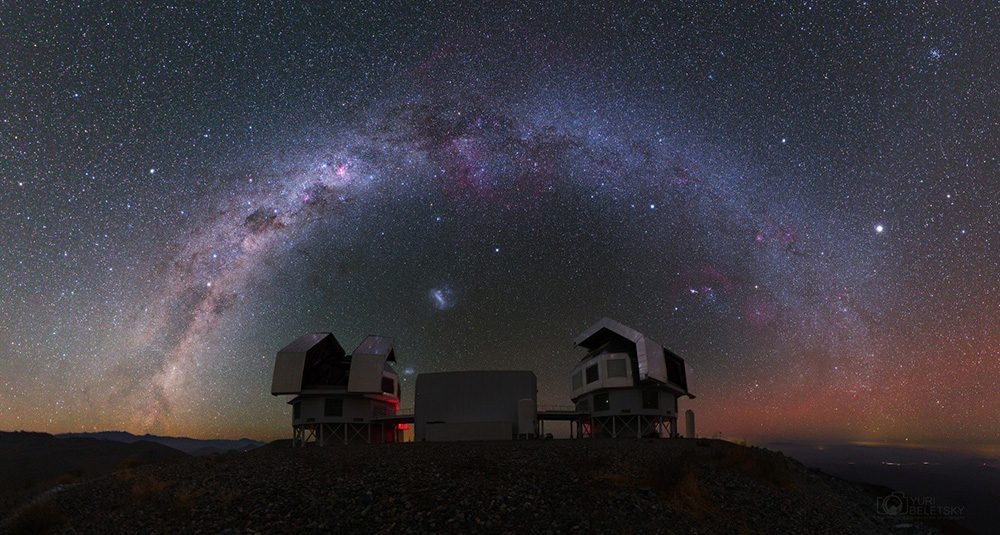 This process, before the first billion years of the Universe. One of the principal researchers is Dr. Leopoldo Infante, Director of Las Campanas Observatory, LCO, and adjunt faculty of the Astronomy Nucleus.

When the Universe was about 350 million years old it was dark: there were no stars or galaxies, only neutral gas -mainly hydrogen- the residue of the Big Bang. That foggy period began to clear as atoms clumped together to form the first stars and the first quasars, causing the gas to ionize and high-energy photons to travel freely through space.

This epoch, called the “reionization” epoch, lasted about 370 million years and the first large structures in the Universe appear as groups or clusters of galaxies.

An international team of astronomers grouped in the LAGER consortium (Lyman Alpha Galaxies in the Epoch of Reionization), integrated by  Dr. Leopoldo Infante, and LCO and UDP postdoctoral researcher Dr. Jorge González-López, discovered the most distant cluster of galaxies, or protocluster, of high density ever observed. This study, published  in the prestigious scientific journal Nature, opens new avenues for understanding the evolution of high-density regions in the Universe and the galaxies that compose them.

“We have found a protocluster observed when the Universe was less than 6% of its present age, near the end of the reionization period.  It is the most distant protocluster so far confirmed with spectroscopy. An estimate of the mass involved suggests that for the present epoch, it would be a massive cluster of galaxies similar to the famous Coma cluster in the nearby Universe,” Infante explains.

The Dark Energy Camera (DECam), mounted on the 4-meter Victor M. Blanco Telescope at the Cerro Tololo Inter-American Observatory (CTIO), which is a program of NSF’s NOIRLab and is located in Chile, was used to carry out the research.

Confirmation of the candidate galaxies was then achieved with spectra obtained with the 6.5-meter Magellan telescopes at Las Campanas Observatory, along with careful data reduction and analysis.

The sky conditions at Las Campanas Observatory, Infante emphasizes, allow for deep, high-resolution observations of very faint objects. “The Magellan telescopes, with their active optics and extremely sensitive spectrographs, allow us to observe galaxies whose light was emitted as early as 750 million years after the Big Bang,” he stresses.

The LAGER survey seeks to understand physics at the time of reionization, but in the context of galaxy formation and evolution. 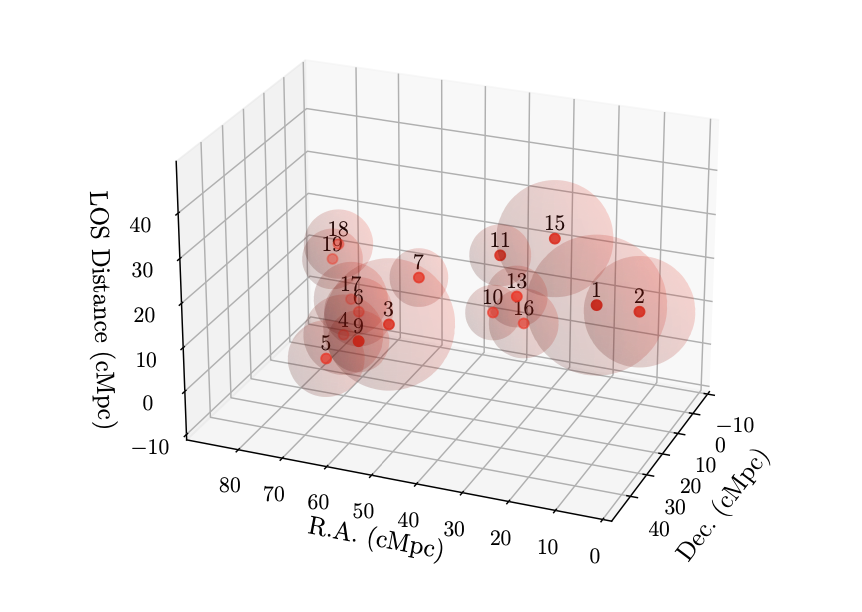 “This research is important because it establishes the conditions of matter in the universe at the time of reionization, when galaxies formed. The discovery of the protocluster makes it possible not only to study individual galaxies, but also to understand how clusters and structures form in the universe. At the same time, it reveals the initial conditions for the formation of structures,” says the Chilean astrophysicist.

So far, the LAGER study has discovered dozens of galaxies whose light was emitted when the universe was about 750 million years old. To understand the physical conditions of matter in the universe at those ages, researchers need to multiply the number of galaxies observed by a factor of at least 10.

“We will continue to examine more of these galaxies using the Blanco 4-meter and Magellan 6.5-meter telescopes until we reach the necessary statistical precision. We are confident that in the process we will find many other interesting objects like the protocluster discovered in this work,” concludes the LCO director.

A pair of galaxies in the dust

Gender balance at the Astronomy Nucleus