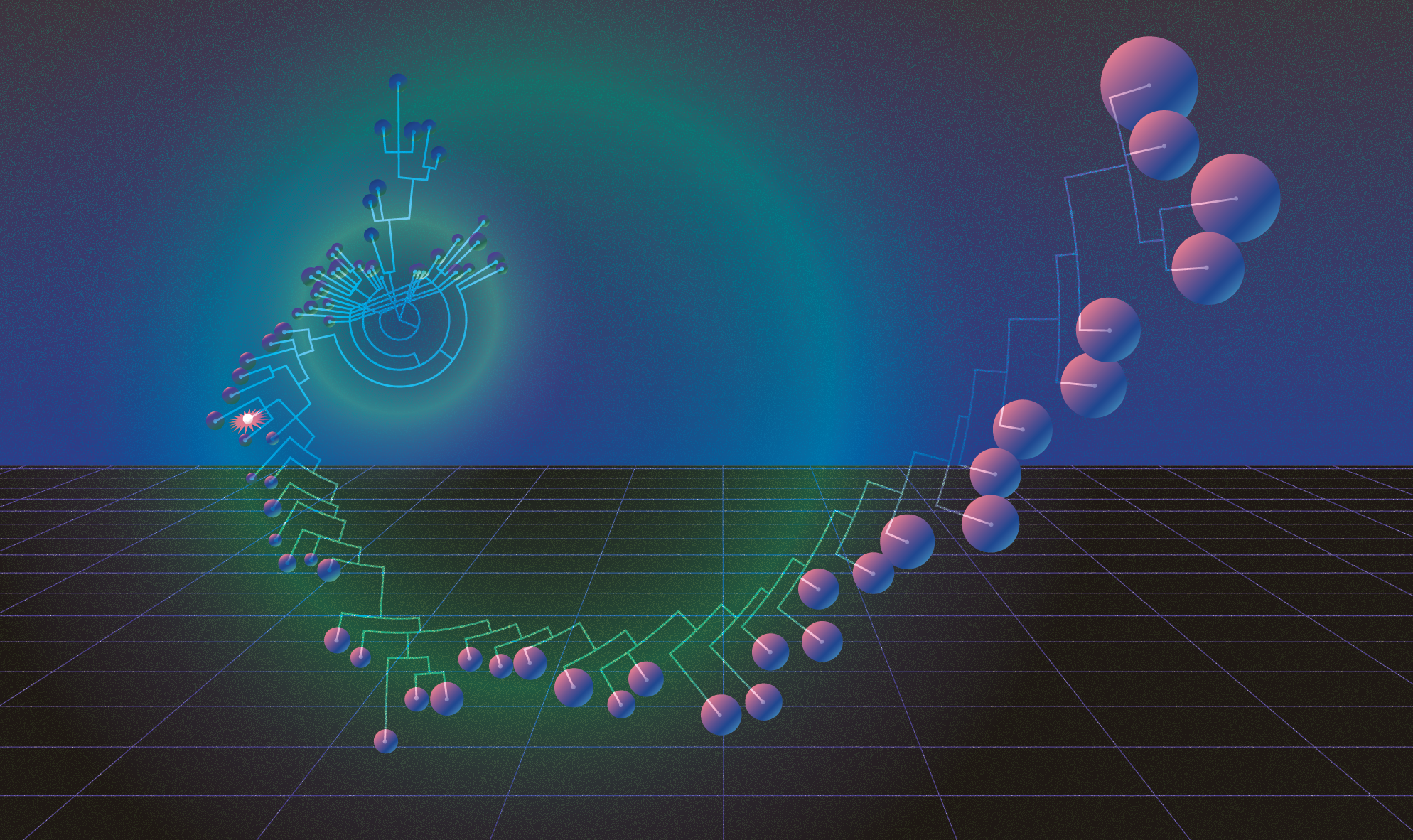 Saturday November 28th, 2020
Share
+ - INVERSE COLORS
UDP astronomers make next family tree of stars to unveil the history of the Milky Way.
Chemical evolution in the Universe is driven by the birth and death of stars, which produce all the chemical elements through different nucleosynthesis processes happening during their lifetimes. Therefore, studying the distribution of chemical abundances of long-lived stars of different ages and placed at different locations in the Galaxy, allows us to test different theories of how the Galaxy has formed and evolved. This is the field commonly called “Galactic archaeology”
The field is going through a data revolution thanks to the huge amount of multidimensional information provided by the thousands of stellar spectra from high-resolution spectroscopic surveys combined with the billions of motions taken by the space mission Gaia. However, a new challenge has affected us: how can we best combine the multidimensional data so that we can best extract its evolutionary information?
UDP Paula Jofre and her colleagues from Biology from the University of Cambridge have been developing a way to join the principles of Darwin’s Theory of Evolution with Galaxy evolution through building and interpreting phylogenetic trees. Using the chemical composition of long-lived stars as a proxy for DNA, they have recently supervised 3 students – among them UDP Danielle de Brito Silva –  who have created a new tree. The project took off after MIT student Holly Jackson came to visit UDP as part of the MISTI exchange program.

The figure shows this new tree. The Sun is highlighted as a special star.  With the stars colored by their age (blue being old, pink being young) we can reconstruct the following history for the solar neighborhood: the first stars formed a long time ago in the Galactic disk, and quickly an event disturbed the evolution by changing the timescales significantly producing a large number of stars simultaneously across the disk, represented by some chaos in the circular part. Such an event could be the merger with another galaxy, or simply the appearance of another class of stellar explosions. The disk managed after the event to reach equilibrium and evolve relatively quietly until today. Such a scenario has been supported by independent studies, showing the great potential of using trees for unveiling Galactic history.

To constrain more the properties of the event altering the evolution of the Galactic disk, we must continue working and making better trees. But those are the next steps.

A pair of galaxies in the dust

Gender balance at the Astronomy Nucleus